The racing line at the sections Eschbach and Bruennchen: 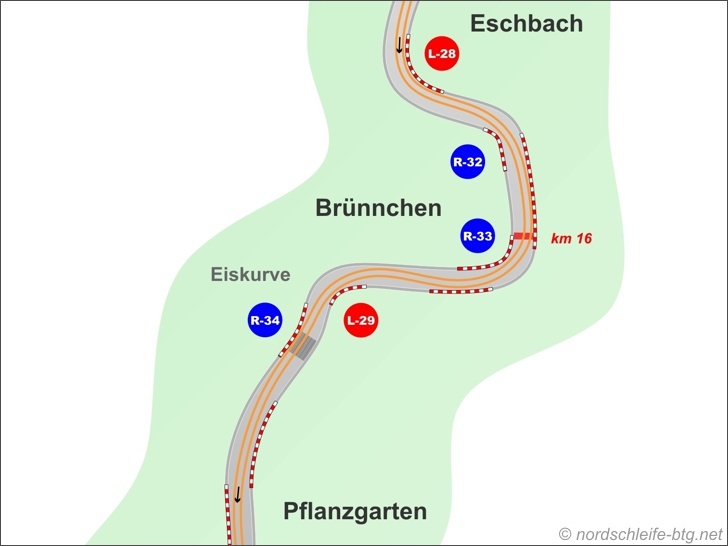 On the short straight before the ice curve (L-29) change to the right side of the road. Before the left-hand bend (L-29), brake briefly and then turn into the right-hand lane quite late, approximately at the level of the kerbs beginning on the left-hand side of the road. Only towards the end of the kerbs pull in to the apex on the left side. In the curve exit on the middle of the road, turn directly into the following right curve (R-34). At the apex, pull in to the inner kerbs of the curve and drive out of the curve under throttle over the light crest and let it carry out slightly.

In the direction of Pflanzgarten, take the slight left bend from the right-hand side of the road. Turn in quite early to be able to drive the following passage as straight as possible from the apex of the curve.