The racing line at the section Galgenkopf: 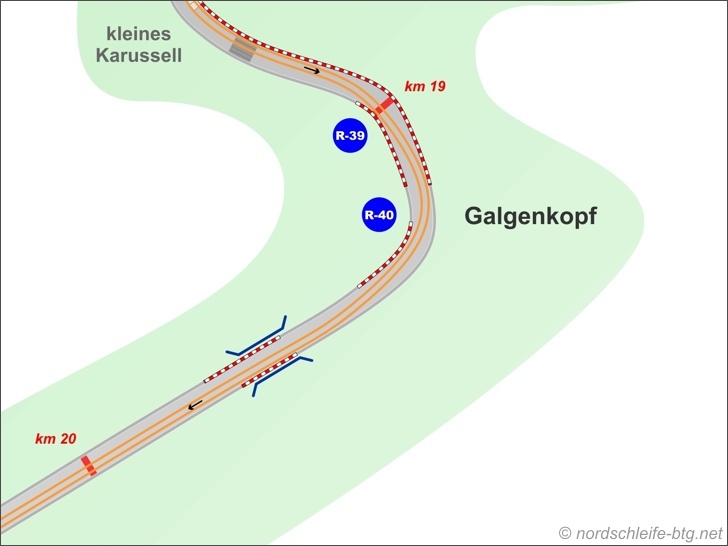 Coming from the Schwalbenschwanz in the direction of Galgenkopf, keep to the left side of the road. Take out some speed before the first fast right turn (R-39). Then drive the curve in a wide curve. Turn in early and pull towards the kerbs on the inside of the curve. In the further course of the right-hand bend (R-39), let the kerb extend far out to the slight crest.

Take the second right turn (R-40) also from very far outside and drive in a wide curve. Shortly after the start of the kerbs on the inside of the curve, pull it all the way to the right side of the road. Then hold on to the inner notch as long as possible and let it carry you far out. Take as much speed as possible to the Döttinger Höhe.